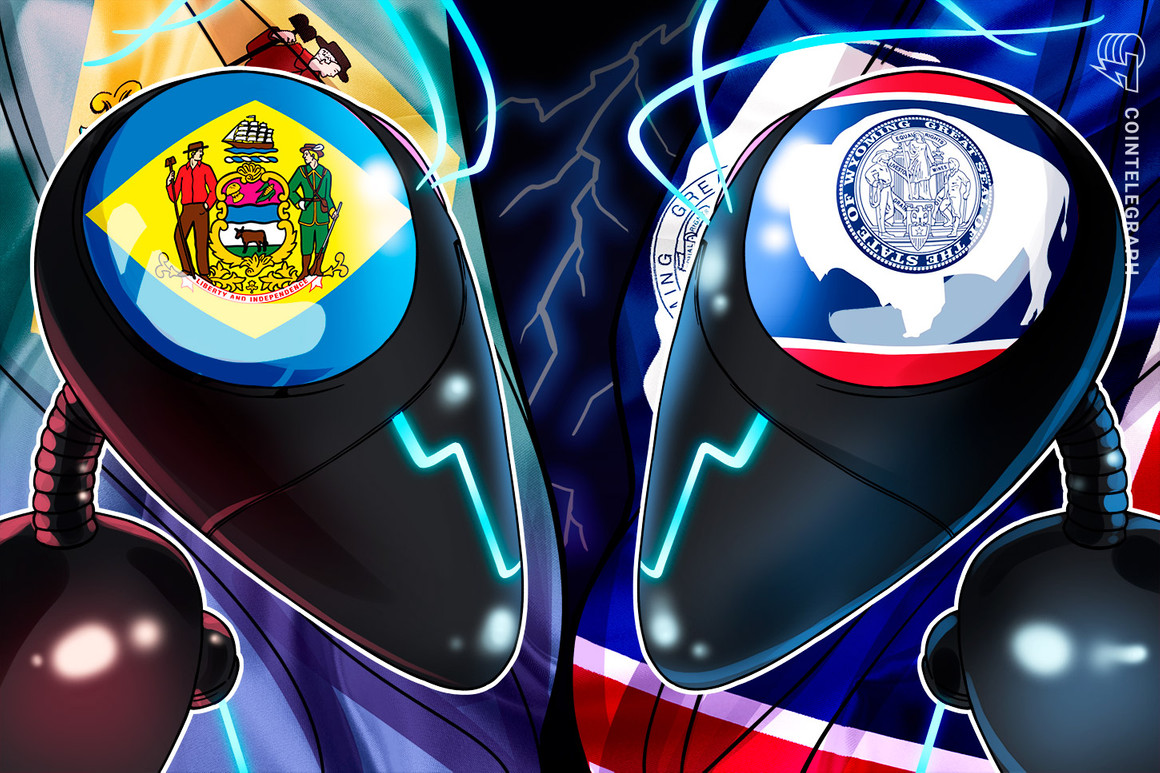 Amid the patchwork of state and federal regulations for crypto and blockchain firms, Wyoming seems to have established itself as a more progressive jurisdiction for companies involved in the novel technology.

For Pierluigi Matera, professor of comparative law at the Link Campus University of Rome, these liberal blockchain laws could see the state chip away at Delaware’s preeminence in business incorporation in the United States.

In a paper published on Thursday, Professor Matera argued that Wyoming’s targeted blockchain-friendly approach could pose a significant challenge to Delaware’s dominance.

According to statistics from the Delaware government portal, 67.8% of all Fortune 500 companies are incorporated in the state with 1.5 million legal entities electing to be registered in the state.

In the absence of federal incorporation laws in the U.S., Delaware has established itself as a hub for business incorporation with liberal corporate governance laws.

In February 2018, Wyoming’s state legislature passed a bill exempting certain crypto tokens from securities regulations. Since then, state legislators have also enacted more laws to promote cryptocurrency and blockchain adoption within the state.

These attempts at creating a clear-cut legal framework for decentralized technology have cut across areas like regulatory sandboxes, state property tax holidays, and exemptions from money transmitter laws.

According to Professor Matera, Wyoming’s blockchain approach goes beyond corporate or tax law and extends to banking and securities regulations which are of significant importance to startups operating in the industry.

However, Matera who is also a professor of business and corporate law at LUISS – Guido Carli in Rome added that Wyoming would require specialization in other areas to establish and maintain any significant dominance in U.S. blockchain incorporation, stating:

“Wyoming should achieve a level of expertise that other jurisdictions could not easily replicate, such as specialised courts and a body of case law on blockchain and virtual currencies. In this respect, I argue that setting up a Chancery court dedicated to business and corporate matters is the right move.”

Matera also identified possible federal laws as another likely obstacle to Wyoming’s dominance of blockchain-related incorporation in the U.S. Several crypto-related bills are currently before Congress that could result in country-wide regulations for the novel technology.

Back in 2019, Wyoming rejected the U.S. Uniform Law Commission’s regulatory model for crypto and blockchain assets. This move forced the ULC to re-examine its approach to cryptocurrencies in its Uniform Commercial Code.