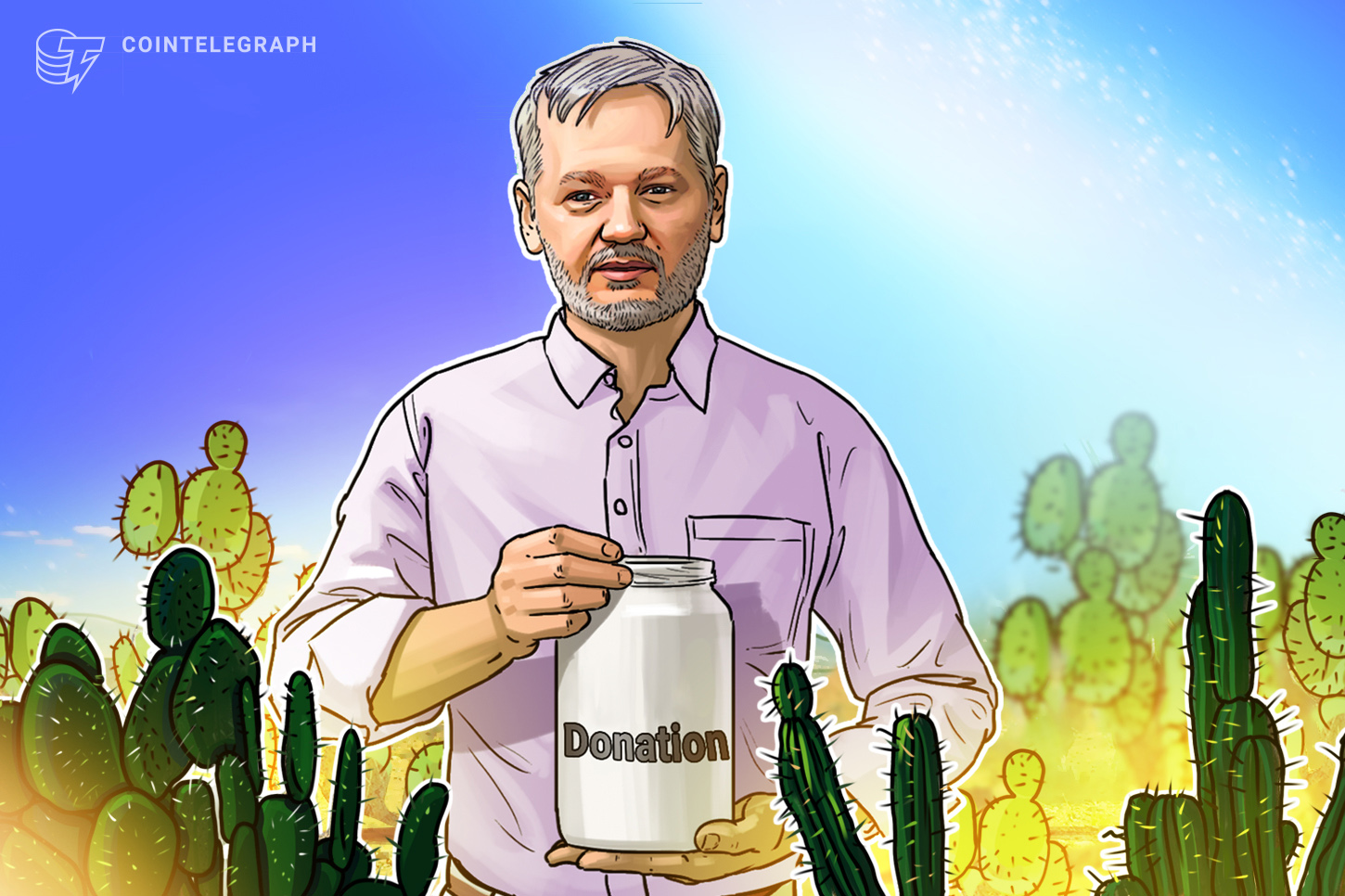 Amid speculation on social media that United States President Donald Trump may still pardon Julian Assange before leaving office, lawyers are preparing the WikiLeaks founder for many possible legal outcomes as crypto users open their wallets.

According to Twitter user Whale Alert, users have donated a sizable amount of Bitcoin (BTC) toward the legal defense of WikiLeaks and Assange in the last week. Yesterday, someone sent 8.48 BTC — roughly $280,000 at the time — to support the WikiLeaks founder, while another crypto user donated 4.51 BTC last Wednesday, a transaction worth $125,000.

The funds are coming while Assange’s legal status in the United Kingdom remains uncertain. Today, District Judge Vanessa Baraitser ruled that the WikiLeaks founder will not be extradited to the United States. Assange is currently in a U.K. prison but could face charges of violating the Espionage Act of 1917 related to documents provided by intelligence analyst Chelsea Manning if extradited to the United States. At the time of publication, he has not been released.

The judge’s ruling seemed to agree with Assange’s legal team’s argument that the WikiLeaks founder has experienced a “deterioration in his mental health” due to the impending charges. Lawyers claimed that any extradition to the U.S. would put him at a “high risk of serious depression leading to suicide.”

In response to the ruling, President of Mexico Andres Manuel Lopez Obrador has said he is willing to offer Assange asylum. According to a Reuters report, Lopez Obrador is in favor of pardoning the WikiLeaks founder, referring to him as a journalist in need of protection.

“I’m going to ask the Foreign Minister […] to ask the government of the United Kingdom about the possibility of letting Mr. Assange be freed and for Mexico to offer political asylum,” said the president.

Before the judge’s decision was made public, some high-profile crypto users had been voicing their support of Assange, even pushing Trump to grant Assange a federal pardon before he leaves office on Jan. 20. On Sunday, Blockstream CEO Adam Back implied that Assange should be released given his role as a journalist:

Julian is a journalist. Fact. Inconvenient exposure for malfeasance. It’s like countries where journalists are disappeared, but the two faced western variant, from establishment that does not represent the public will, and is a rogue self-interested tactical war machine. https://t.co/mTmZ1VakTr

Unconfirmed rumors have been floating around social media claiming Trump is considering pardoning Assange, along with Silk Road founder Ross Ulbricht and whistleblower Edward Snowden. However, with only 16 days left in the White House, the U.S. president’s window of opportunity for granting pardons or clemency is closing.

Sweden is working with DLT for its CBDC proof-of-concept

What is Etherscan, and how does it work?