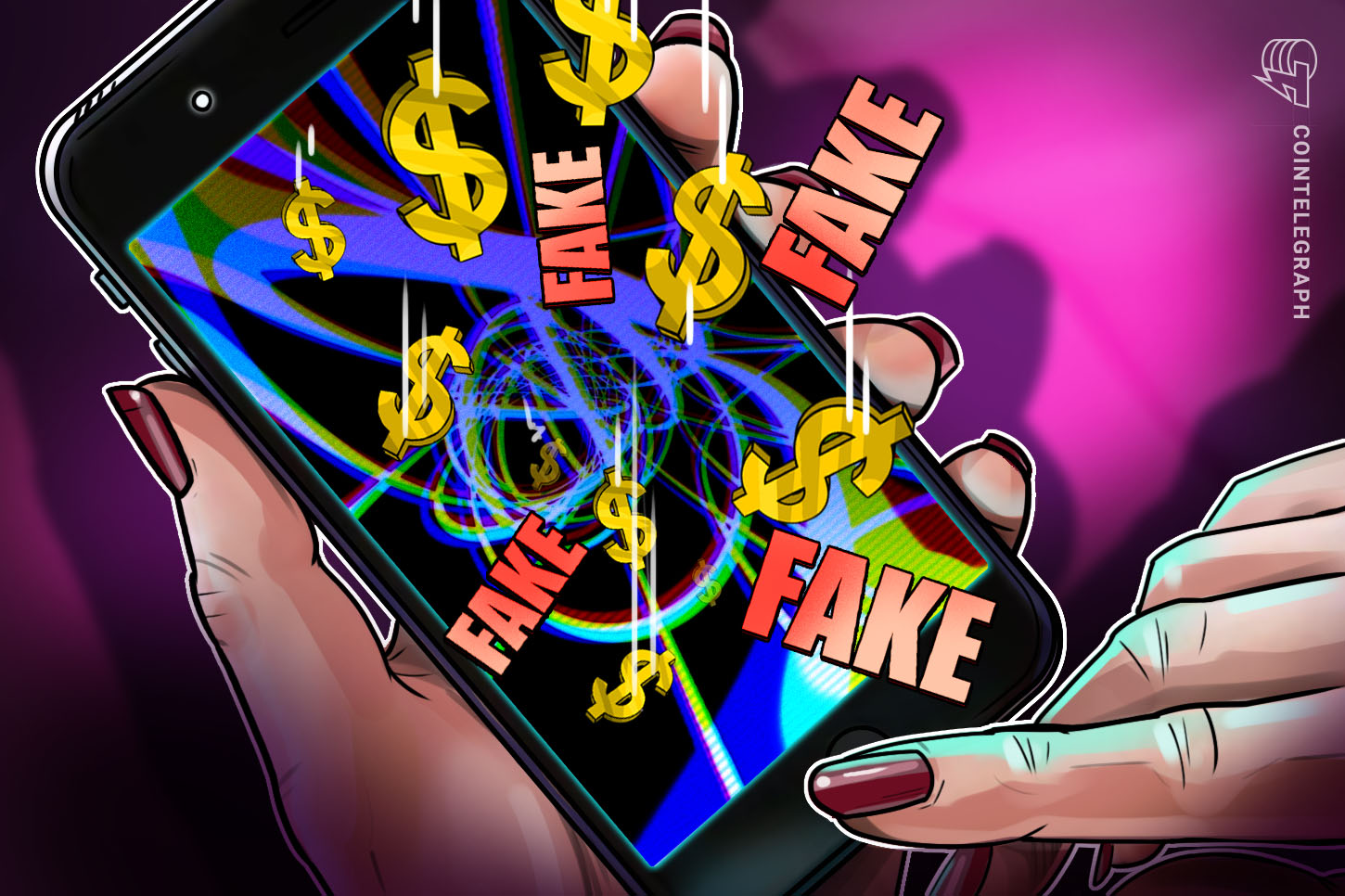 A fraudulent mobile application claiming to be the Uniswap exchange has reportedly stolen money from an investor, offering an important reminder of the scams that still pervade the nascent cryptocurrency industry.

Alex Saunders, founder and CEO of the Australia-based Nuggets News, recently reported that one of his members lost $20,000 to a fake Uniswap mobile application that was listed on the Google Play Store. The app, called “Uniswap DEX,” was published Nov. 10 by a person or entity called Uniswap Inc.

The user reportedly entered in their private key backup phrase, thinking they were accessing the Uniswap decentralized exchange, when the theft occurred.

At press time, the app had 123 (likely fake) positive reviews on Google Play Store and was still available for download. More than 100 people have downloaded the app so far

Uniswap has quickly emerged as the most popular decentralized exchange for traders looking to access low-cap altcoins and other assets not readily available on major platforms like Coinbase or Kraken. The platform allows users to deposit funds from their Ethereum wallets but does not currently offer a mobile app.

There is currently more than $1.3 billion in total value locked into Uniswap, making it the largest decentralized finance exchange.

Ponzi schemes, scams and other frauds have plagued the cryptocurrency market for years. Research from Chainanalysis shows that frauds cost investors at least $4.3 billion in 2019, up from $3 billion in the previous two years combined.

Crypto scams have become so pervasive that California’s attorney general has urged the public to be wary of shady dealings in this sector. In a statement published Aug. 7, Xavier Becerra said:

What are the top social tokens waiting to take off? | Find out now on The Market Report