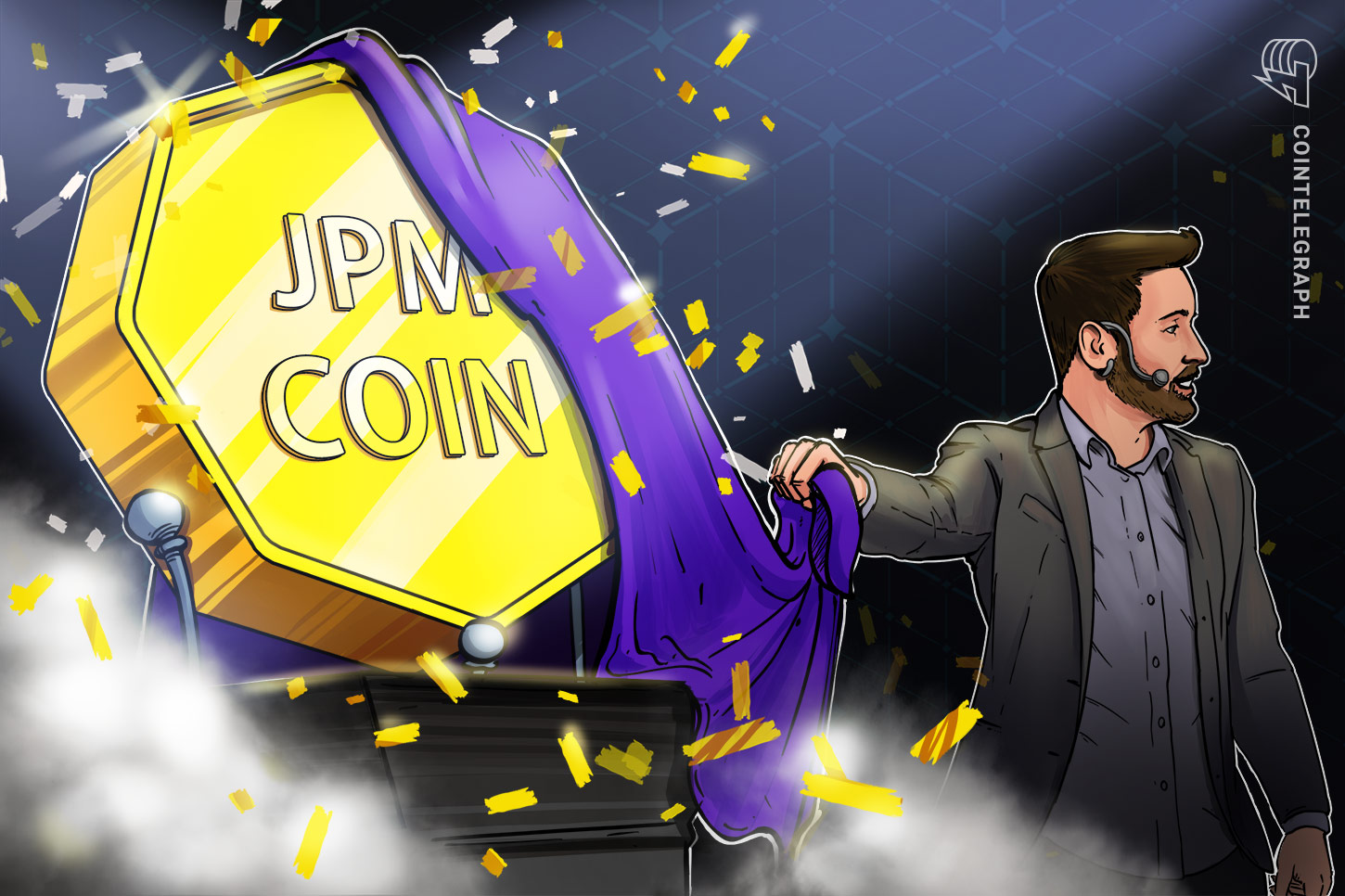 On the heels of PayPal announcing its decision to enter the crypto sector early next year, Bitcoin (BTC) has continued its strong performance and has been hovering around the $13,500 mark for nearly a week now. In this regard, the payment giant’s foray into the crypto market has been hailed as a game changer, especially when it comes to improving the mainstream perception of the digital asset industry as a whole.

Not only that, JPMorgan Chase announced that its native digital currency offering — the JPM Coin — has finally been deployed for mainstream use by one of the firm’s technical associates. The token is designed to facilitate JPMorgan Chase’s various cross-border monetary transactions.

The origins of the JPM Coin can be traced back to early 2019, when the banking giant announced its plans to release a dollar-backed cryptocurrency that would eventually be used to process its internal and international transfers. Now, JP Morgan seems to have finally delivered on its promise of building a solution that could potentially save the global finance industry hundreds of millions of dollars in peripheral costs such as processing charges, high tax fees and more.

As things stand, JPMorgan is one of the largest players operating within the global payments landscape, with the firm reportedly facilitating transfers in excess of $6 trillion across more than 100 countries on a daily basis. Brian Behlendorf, executive director at Hyperledger, an enterprise-grade permissioned blockchain framework, told Cointelegraph that, in his estimation, the move will most likely fail to have any sort of major impact on market, especially since JPMorgan’s payment network is sealed off from those not fungible with them:

“Consumers likely won’t even be aware of them — it’ll show up perhaps as reduced fees to move money between accounts or other kinds of trades, etc. Professional investors may notice they have new kinds of assets available in their portfolios in the form of these stablecoins, but they’re not really ‘investments’ so much as more convenient ways to move money.”

However, Behlendorf did concede that, by and large, the move does represent an additional step toward the mainstream adoption of crypto and technology that is now ready for prime-time, industrialized use.

With a centralized token being deployed, it stands to reason that blockchain technology is finally ready to generate some serious returns for its users. Paul Brody, principal and global innovation leader for blockchain technology at Ernst & Young, told Cointelegraph that even though people may be just beginning to realize the financial potential of this technology, blockchain has quietly been generating substantial value for many companies over the last few years.

Additionally, Brody believes that trusted payments for enterprise users from big-brand-name banks will have a positive impact on the market at large because much of the work being done on-chain so far is operational, but payments are still being completed off-chain. Furthermore, the entry of JPM Coin could help “more enterprises get comfortable with the idea of closing the loop and running an entire business process on-chain.” He added:

“The market for global, cross-border payments has not had much competition until recently, so I think the addition of new players, regardless of their technology, will have a positive impact. What does matter a great deal is that for business to business payments, if you can make payments a part of a fully digital business contract, you can hugely reduce the cost of running a cross-border deal for enterprises, and that is quite revolutionary.

Behlendorf also pointed out that private commercial tokens similar to JPM Coin have been in production for a few years, primarily as settlement mechanisms for trade finance. Not only that, he stated they have also been implemented across other banking, securities and bond markets in Asia and Europe: “U.S. business blockchain networks have been generating business value in other ways as well, from supply chain traceability to KYC and regulatory compliance, and so on, even JPM’s own IIN network.”

In a recent interview, JP Morgan’s global head of wholesale payments stated that the launch of JPM Coin as well as certain other “behind the scenes moves” prompted the banking giant to create a new business outfit called Onyx. The unit will allow the company to spur its focus on its various ongoing blockchain and digital currency efforts.

Onyx reportedly has more than 100 staff members and has been established with the goal of commercializing JP Morgan’s various envisioned blockchain and crypto projects, moving existing ideas from their research and development phase to something more tangible.

When asked about their future plans and if crypto factors majorly into the company’s upcoming scheme of things, a media relations representative for J.P. Morgan told Cointelegraph that there are no additional announcements on top of what was already unveiled recently.

Lastly, on Oct. 28, the bank announced that it was going to rebrand its blockchain-based Interbank Information Network, or IIN, to “Liink” as well as introduce two new applications — Confirm and Format — that have been developed for specific purposes of account validation and fraud elimination for its clients. Liink will be a part of the Onyx ecosystem and will enable participants (over 400 financial institutions) to collaborate with one another in a seamless fashion.

Blockchain tech and banking go together

It’s not far-fetched to think that the marriage of blockchain technology and the banking sector could completely revolutionize the way in which day-to-day business transactions are facilitated by financial institutions across the globe. For example, decentralized transaction frameworks cannot only make cross border transactions cheaper but can also substantially improve on the transparency aspect.

However, Behlendorf said that the banking industry has largely been digital for decades, with very few organizations shipping around physical hard currency or other hard assets as a way of settling payments between financial institutions anymore, adding:

“What’s new is using a DLT as the settlement layer rather than relying upon human audits and regulatory trust. The digitization of cash is a very different matter, and Alipay/Wechat Pay and Paypal and Venmo etc. has likely done far more to hasten the end of physical cash than any blockchain today or likely will over the next ten years.”

However, he then proceeded to add that as convenient as these digital payment mediums may be, there are some drawbacks due to their underlying architecture: “We should be very wary of giving up the anonymity that physical cash provides.”