3 years after the ICO, Filecoin (FIL) rallies 118% upon listing

Upon listing, the token traded at wildly different prices across multiple exchanges and while the premium shows there is still an appetite for altcoins, investors interpreting the rallies from FIL and Polkadot (DOT) as the beginning of an altseason may be disappointed.

Hours after trading began, top cryptocurrency exchanges including FTX, Binance, and Gemini announced that they would swiftly list the altcoin. Consequently, the token saw significantly different prices across platforms due to a combination of limited liquidity and supply. 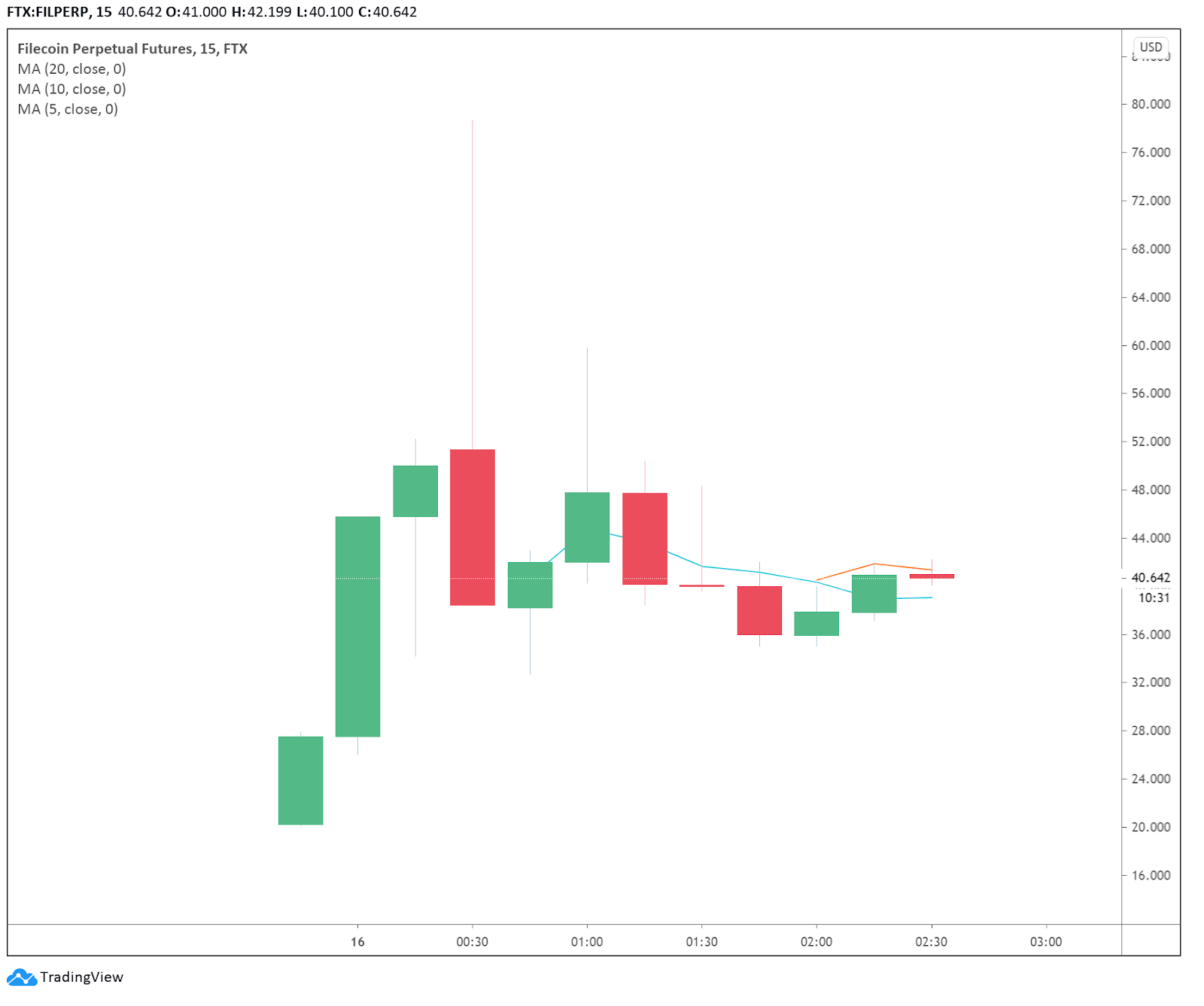 The 15-minute chart of Filecoin (FIL) after the FTX listing. Source: TradingView.com

Historically, the fourth quarter has been relatively slow for the entire crypto market and in 2018 and 2019 BTC saw losses against the U.S. dollar during Q4.

Based on historical trends and what appears to be the end of an explosive multi-month rally, traders expect a drawn out consolidation phase as the next step for the crypto market.

Michael van de Poppe, a full-time trader at the Amsterdam Stock Exchange, suggested that an altseason in early 2021 is most likely. He wrote:

“I do believe we’ll be seeing a relatively boring and corrective quarter on the cryptomarkets. In history; $ETH frequently bottoms out in December, to start running the quarter after. $BTC dominance to run up, to have an altseason in Q1 2021. Continuing the patience.”

According to the data from CoinMarketCap, the Bitcoin’s dominance against the rest of the cryptocurrency market has been climbing.

Since Sept. 21, the Bitcoin dominance index increased from 58.28% to 58.6%. Although this is not a major increase, it shows a clear recovery from an extended downturn throughout the past year. 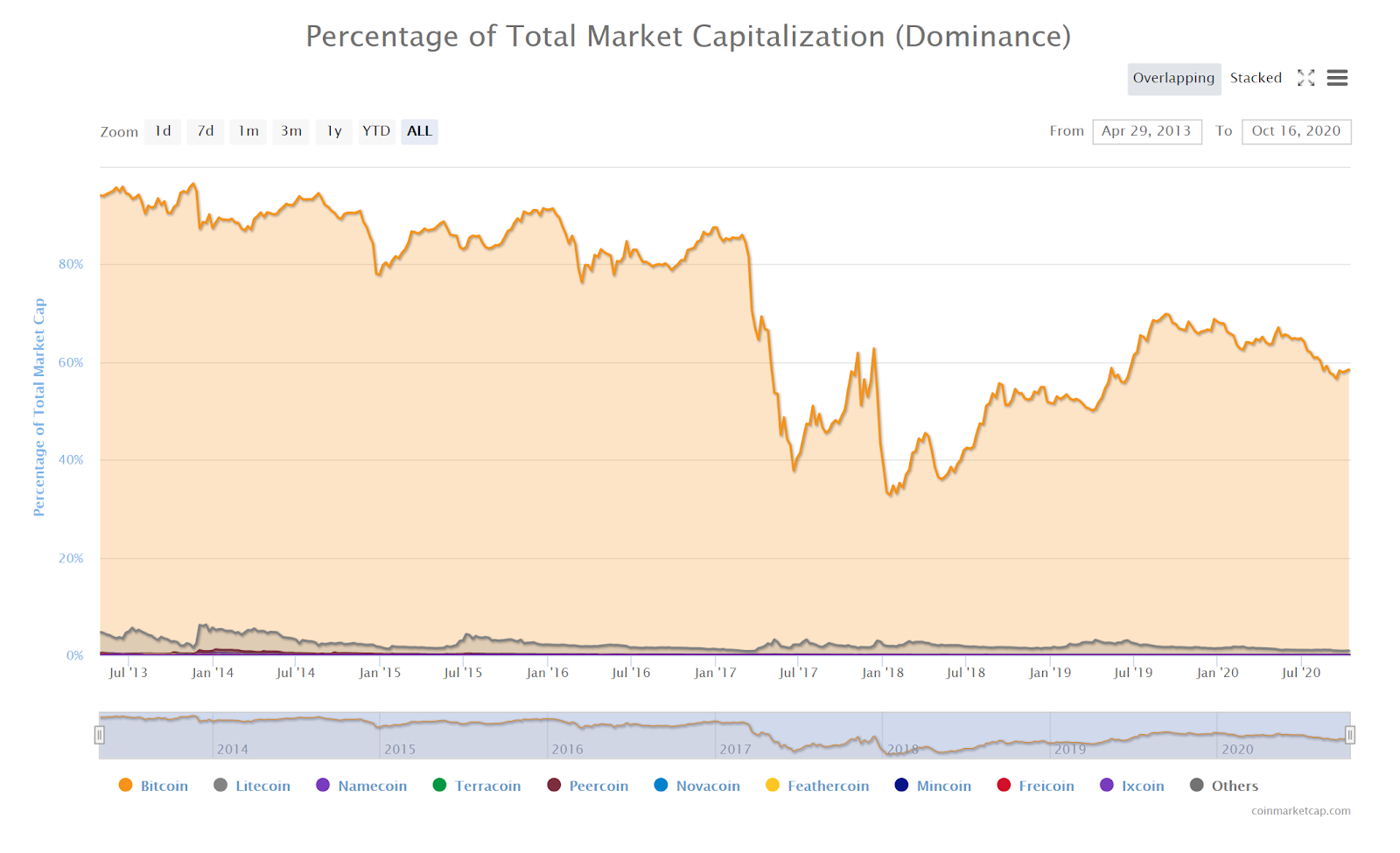 In early October, researchers at Santiment said the key to evaluating the prospect of an altseason is the volume of decentralized exchanges. They said: 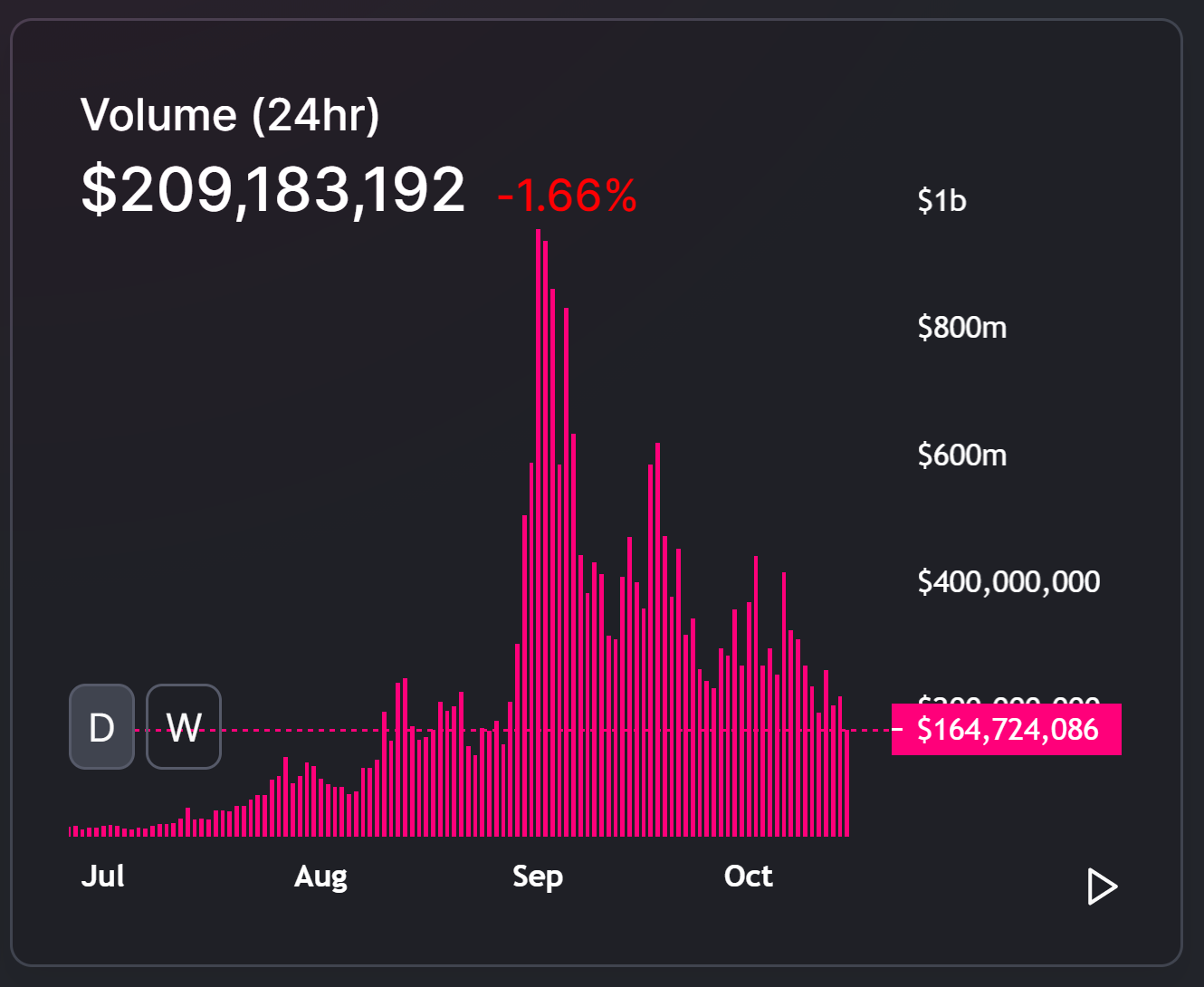 As shown above, Uniswap volume has been in a steady decline. At the same time, altcoins remain flat and the altcoin total market cap index shows a similar decrease in volume.

Crypto industry seeks to educate, influence US lawmakers as it faces increasing regulation